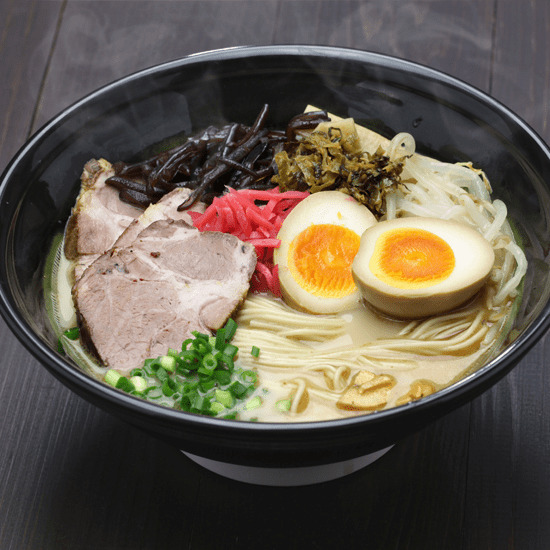 If you’ve heard people talking about ramen lately, you’re not alone. Ramen is in. But if all you know about it is the instant noodles you ate in college, it’s time for some ramen re-education!

Believed to have originated in China, this slurpy and delicious soup has more recently been popularized as a Japanese noodle soup dish in much the same way pizza began in Italy but is now considered American in the U.S. Traditional ramen consists of “Chinese-style” noodles served in a broth and includes toppings like sliced pork, dried seaweed, green onion and a soft-boiled egg.

Finally, a word of caution: don’t let the fact it’s “just” noodle soup fool you at about 500 calories a bowl, ramen is a full meal. Some varieties like at the world-famous Momofuku restaurants in New York and Toronto have over 1,200 calories and a lot of salt! Many, however, say it’s well worth the boot camp class [LINK TO BOOTCAMP POST] required afterwards.

For the ambitious cooks, try Momofuku’s ramen recipe or, for the less ambitious, here’s an easy one.

What’s your favorite kind of ramen? Share your experiences with other members in the Shop Talk Blog community forum!

Did you know? What’s in a name