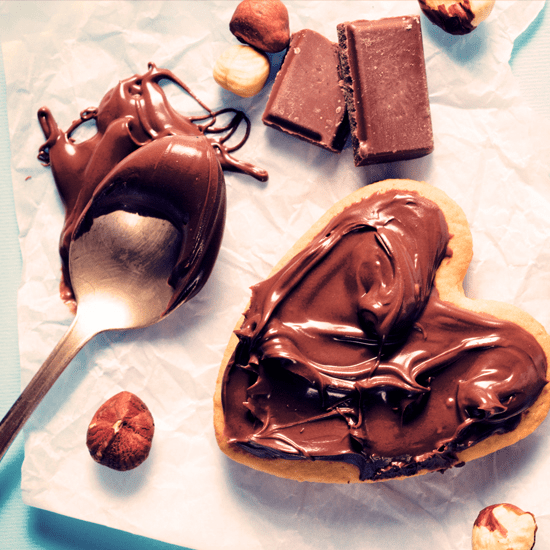 After World War II, rationing in Europe made chocolate so expensive that an Italian pastry maker named Pietro Ferrero began adding chopped hazelnuts to stretch out his supply of chocolate to create what he called “Pasta Gianduja” – a hard paste that was sliced and placed on bread, like cheese. A few years later, he changed the recipe to make it spreadable and in 1964 Pietro’s son Michele renamed it Nutella®.

Ever since then, chocolate lovers the world over, from Paris, France, to Paris, Texas, have driven their taste buds crazy from this rich and delicious topping – spread on toast, dripped on to ice cream or devoured by the spoonful straight out of the bottle.

The hazelnut chocolate spread is so popular that it’s available in 160 countries and Ferrero, the company that makes it, buys a quarter of the world’s hazelnut supply every year to make it.

This month, in our continuing series of do-it-yourself recipes, Shop Talk presents the simple and delicious secret to making your own Nutella®-inspired spread.

·       Place the nuts in your food processor until they start to liquify (about 5 minutes).

And presto! You have your very own spread that will keep for a month – if it lasts that long.

Are you a Nutella® lover? Drop into the Shop Talk forum and leave your chocolate hazelnut spread love messages!

Did you know? Not nut

Contrary to (un)popular opinion and in spite all the nuts, “Nutella” is not pronounced nut-tell-uh. A true connoisseur knows it’s “noo-tell-uh” and always will be!