6 movies (and not quite movies) we loved during the pandemic 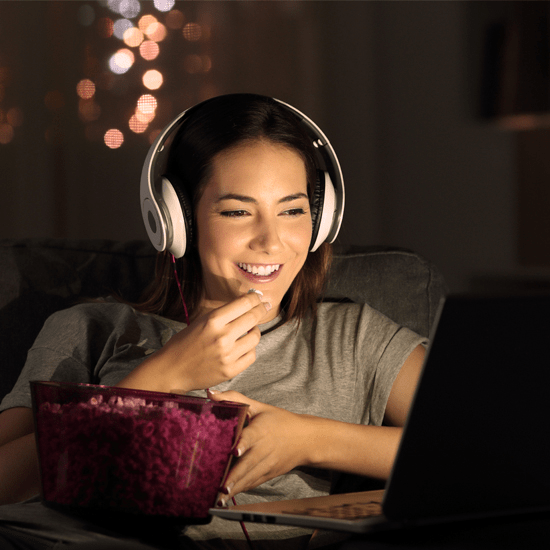 This year may have made traditional moviegoing next to impossible, however, if you had a streaming service like Netflix, Amazon Prime, HBO or the like, you were golden. Millions of us saved money on overpriced soft drinks and popcorn and settled in to watch some amazing films (and pseudo-films) cozied up on our couch.

Here are a few of our favorite movies from 2020:

·       Capone. Tom Hardy puts in a memorably intense performance as the legendary American gangster – the best since Robert De Niro’s unforgettable portrayal in the 1987 classic The Untouchables.

·       The Painted Bird. Adapted from Jerzy Kosinski’s critically acclaimed book of the same name, this powerful and beautiful film follows a Jewish boy’s experience during the Holocaust and stars Harvey Keitel and Stellan Skarsgard.

·       Les Misérables. The film’s title is a reference to the Victor Hugo novel and many films of the same name and is set in the same Paris suburb where Jean Valjean and Cosette met. Like its inspiration, this movie tells the tale of police violence against poor and abused citizens, mostly people of color in present day France.

·       Becoming. A companion film to former first lady Michelle Obama’s runaway bestseller, this documentary offers an inside look at one of the most loved and celebrated women of her generation.

·       Tiger King: Murder, Mayhem and Madness. For many, the quintessential guilty pleasure of the hot mess that was 2020. Our first of two “not quite a movie” choices, this seven-part documentary follows Joe Exotic, a gun-toting gay operator of an Oklahoma big cat park. We wanted to hate it but we couldn’t stop watching.

·       Connected. If you’re a fan of the Radiolab podcast, you’ll love this six-part series where science journalist Latif Nasser explores the connection of everything, from dust and clouds to numbers and, yes, poop. Perhaps the best science documentary series since Carl Sagan’s legendary Cosmos in the 1980s.

What were the best movies you watched in 2020? Please share your reviews – the good, the bad and ugly with the Shop Talk blog community forum.

Did you know: Pandemic binging

In 2020, 41% of Netflix viewers reported they were watching the platform every day, nearly 2/3 watched four or five days a week. (Source)